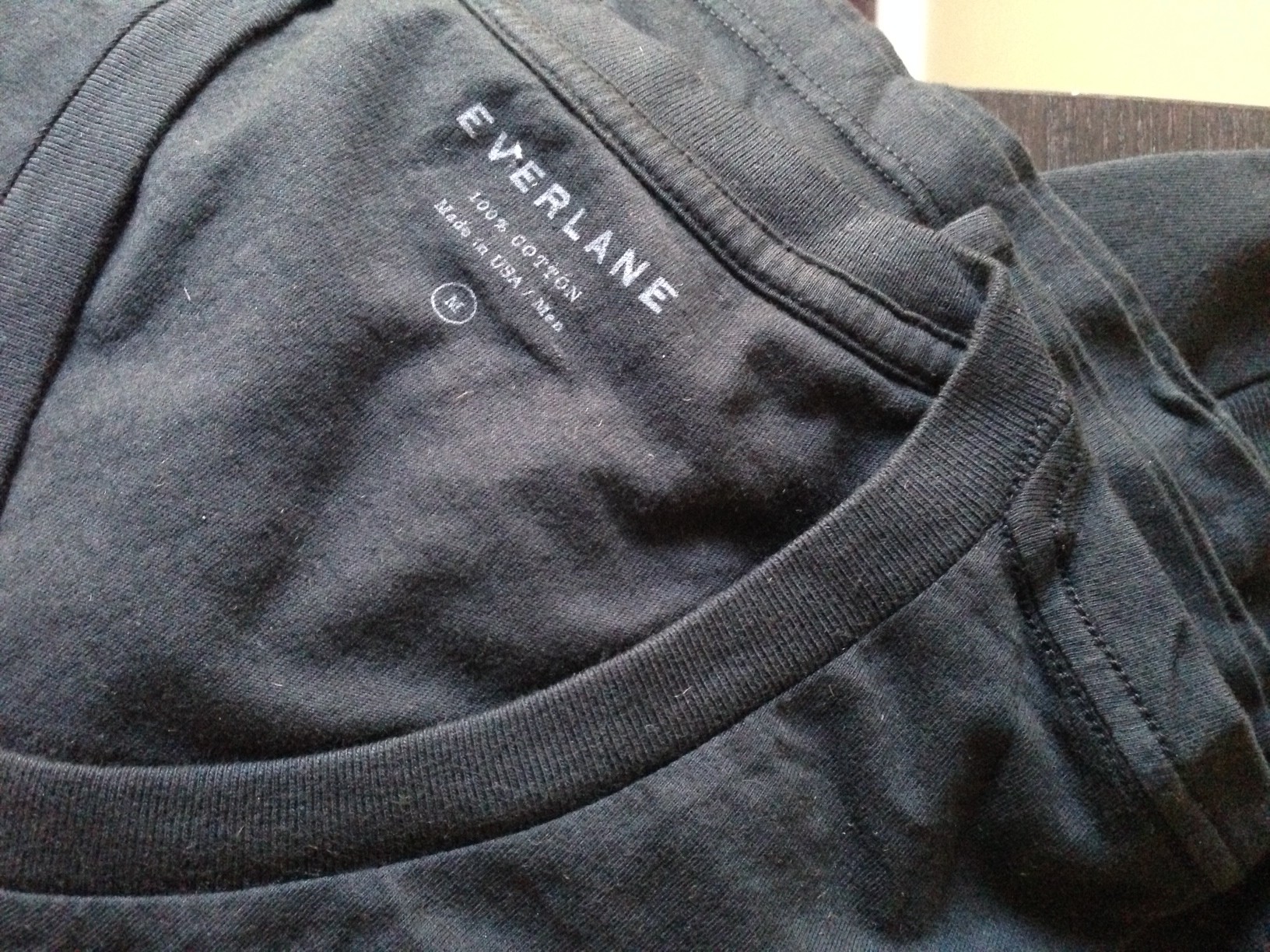 Have you heard about new online retailer Everlane? Their pitch is that they take out the middle man on luxury goods to deliver better prices to consumers – like a combined wholesaler & retailer. They also source all of the manufacturers themselves, so Everlane can tell you exactly where the products were made. It’s a great idea, because they’re using the web to bring down prices while increasing transparency!

I ordered a couple of T-Shirts just to check it out and make sure the quality was really what they promise.

I have to say, my experience with Everlane so far is pretty good. The idea of a “luxury t-shirt” may seem kind of silly, but these really are soft and seem well-made. I just got them, so I can’t say how well they’ll stand up to repeated washings, but I’ve got a good feeling about it.

For now Everlane is offering the basics: super simple t-shirts, sweaters, sweaters, sweat shirts, button-downs and jackets for men, with similar tees, silk blouses, sweaters and sweatshirts for women. The look is understated which means it really is all about the quality of the product. There are also some basic accessories, like wallets and weekenders. I like that there aren’t tons and tons of choices: it’s easier to pick between a select few things you actually like and need.

Everlane says they use the same factories as “the ones that produce your favorite designer labels.” But what’s actually cool is that you can see which factory produces which items, so if you want to only buy American-made products it’s you can do that easily. All their factories have profiles on the site, and it’s cool to get at least some sense of where our products come from. By allowing buyers to dig as deep behind the scenes as they want, similar to how NPR’s Planet Money sourced their own t-shirt and documented the entire production process, is a fantastic use of the internet to make the process of shopping for goods more transparent.

Everlane has several new products coming soon so I’ll be keeping an eye out. In the meantime, tell me what you think! Would you order from Everlane? What do you think of my new Everlane shirt – it was $15! Worth it??