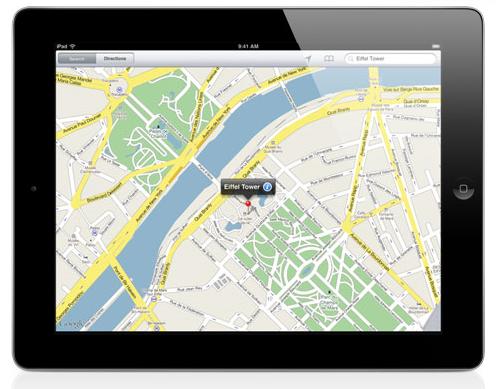 I had the opportunity to visit the special Apple pop-up store that ONLY sold the iPad 2 and accessories down in Austin Texas this past weekend during SXSWi 2011. The line wasn’t bad and there was ample stock, so being the early adopter that I am, I picked up a black 16GB wifi-only iPad 2.

Features-wise, this was a downgrade for me because I currently own (and plan to sell) a 32GB 3G iPad with a data plan. At any time, I could whip out my iPad “Classic” and locate my exact location via the Maps app, and get directions (no voice navigation) to anywhere. Out of the box, my new iPad 2 can’t do this due to the lack of GPS in the wifi-only version that is inherit in the radio of its 3G counterpart.

On the other hand, with the recent release of the Verizon iPhone 4 and the iOS 4.3 upgrade for AT&T version, any user that opts-in for the feature can use their phone as a wifi hotspot for the iPad 2. As a result, it has been discovered by Cult of Mac that if tethered to an iPhone 4 with the hotspot feature, a non-3G iPad 2 can “borrow” the GPS signal from the phone for location information. According to Cult of Mac, it hasn’t been tested on wifi-only iPad Classics, but in theory, it is a possibility.

In the video below is a brief demo of the wifi-only iPad 2 GPS trick in action:

I have been using the hotspot feature for my MacBook Pro, iPad Classic and my iPad 2 and it’s pretty fast. With the added zip of the dual-core A4 processor housed in the iPad 2, my guess is that the wifi-only GPS hotspot trick works pretty well, even if it may not be in real-time.

So if you’re like me and was of the advocates who went out and bought an iPad 2 this past weekend, you will be in for a free GPS treat if you plan to use your iPhone 4 as a hotspot if you didn’t pony up for an 3G iPad 2.

Test it out, come back, and drop a line in the comments section to let us know how the feature works.