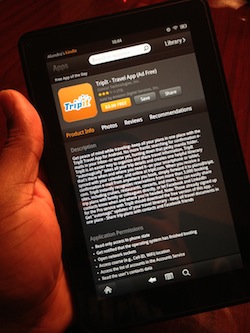 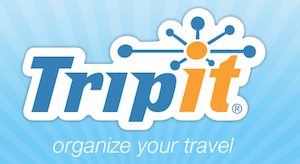 One of my concerns for the new Amazon Kindle Fire is (or was) “will it have enough apps?” Reason being, the Android platform is kind of fragmented across all of the different device manufacturers and carriers who use the platform to add their own spin on a mobile products. Throw in Amazon, who not only completely strips Android down to its nuts and bolts to create its own tablet, but also create another Android app store for consumers (and developers) to scratch their heads at, and you’ve got a recipe for distaster.

From the looks of it, the Amazon Kindle Fire is pretty hot device, and as a result, hasn’t have any problems proving its worth to consumers looking for a more fiscally responsible tablet instead of ponying up a BMW car note for an iPad. Plus they’ve found plenty of mobile app developers looking to been seen on as many devices as possible.

Case in point, I wrote last week about the Documents To Go app being available on the Fire, possibly making you more productive on a tablet that was primarily designed to browse and consume content from the Amazon ecosystem. I just got word that the popular TripIt travel app is landing on the Fire, giving users more control over their travel plans as well.

If you’re not familiar with TripIt, it makes organizing your travel plans easy by automagically creating an agenda by forwarding all your travel confirmation emails to Plans@TripIt.com. Any plans you don’t have in email form, you can manually customize your plans for even more detail. Other features include exporting your plans to your calendar and sharing your travel plans with other TripIt users in your network. The Pro version offers the added ability to monitor your flights and track rewards points.

TripIt is available for iOS, Android, BlackBerry, and Windows Phone devices. Now you can also get your complete travel plans from TripIt on your Kindle Fire. “The compact size of Kindle Fire and its growing ecosystem of apps make it a solid match for travelers,” said Gregg Brockway, Executive Vice President and General Manager of TripIt.

Hopefully, apps like Documents To Go and TripIt (apps I use on the regular on my iOS devices) are a sign that even though the Android platform may be all over the place, consumers and developers alike still see its worth and will continue to create and support the mobile platform from Google.

Download TripIt for $3.99 in the Amazon AppStore and let us know what you think in the comments section.