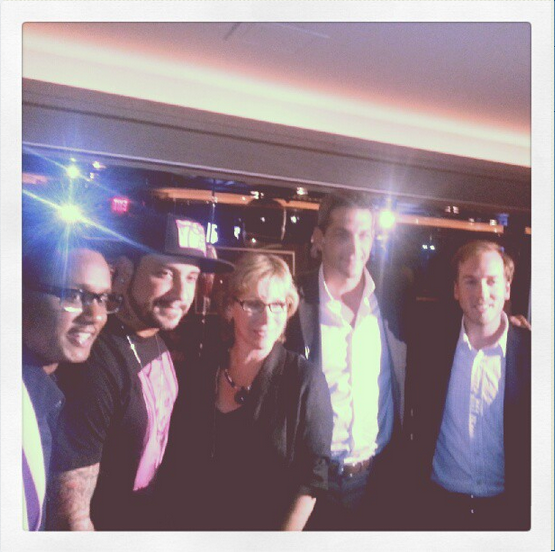 Our Mobile And Social Media Future: Talking To The Experts

What A Backstreet Boy, A Tech Journalist, A Social Media CEO, and A Facebook Employee Say About The Future Of Mobile And Social Media

I recently had the chance to chair a phenomenal panel in New York City where I was able to talk with a wide variety of entrepreneurs, business professionals, and social media experts about where we are today with mobile and social media and what’s coming in the future. While this event wasn’t televised, I was able to get some great quotes and invaluable content from the panelists to share with you today.

The most interesting panelist had to be Backstreet Boy AJ McLean, who has a major social presence on Twitter, Socialcam and Instagram. Using social media, AJ has created Internet memes like #booomb videos on Socialcam, and has cultivated a huge online audience almost 20 years after the band he was originally known for rose to fame.

While the Backstreet Boys are still recording and selling millions of albums, AJ has created a strong brand for himself as Mr. Skulleeroz (pronounced “Skull-e-rose”) on social media channels. What’s his secret? According to AJ:

Someone like myself who’s in the music industry, we’re not always that accessible to our fans and to the media except when we do [things like] a press event. [With social media you] get a direct contact and get an immediate response. That’s something that I’ve never seen before… It just brings my fans, my personal fans and the Backstreet Boys fans, closer to us as people. Bringing them into our homes, our everyday life. Not just backstage or onstage, but like ‘come take a ride with me down the street to the 7-11.

You don’t have to be a Backstreet Boy to see the value in what AJ is saying. No matter what your business or brand, social media and video allow you to connect with people when you can’t be there in person. If you can get even a few hundred views on an online video, the time you take to make it is immediately more valuable than trying to meet with those same hundred people in person. If you can get a few thousand views, you’re suddenly an online content producer capable of monetizing your content because your online audience is now suddenly as valuable as your real-world audience.

Read the rest of this post on AT&T Networking Exchange to hear some great quotes from the CEO of Socialcam, a journalist from Mashable, and a Facebook employee!