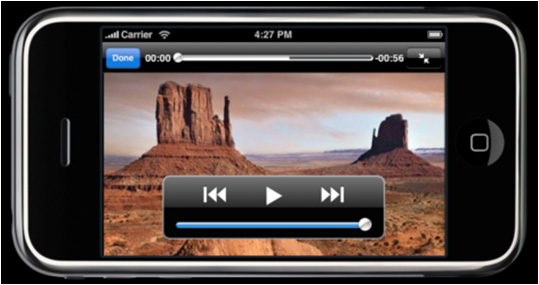 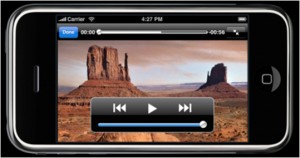 The Cable and Telecommunications Association for Marketing (CTAM), an industry trade group, recently hired venerable market research firm Nielsen to conduct a study of Americans’ mobile video app viewing habits, and have just released their findings, in a report entitled “Roadmap to Video Apps (What Makes Viewers APPY?).”  Access to the full study will set you back a cool $13,500, but CTAM has issued a press release which includes some of their key findings, and it looks as though some of what they’ve found is pretty unexpected. 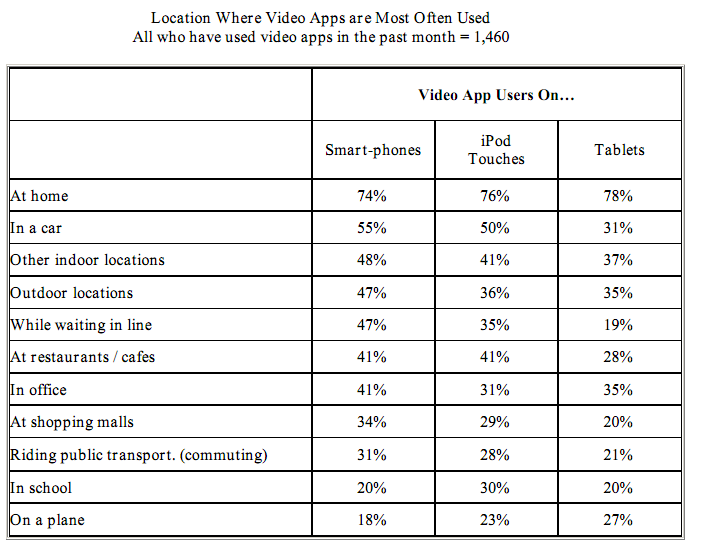 So if people are primarily using mobile video apps at home, then that’s less time that they’re watching television, right?  Not so, according to a summary of Nielsen/CTAM’s findings, as “around 85 percent of video app users say they are watching the same amount or more regularly scheduled TV since using video apps. Adding to their engagement, 35 percent report that video app usage has led them to visit the network or TV show’s website more than they had before they started using the app.”  While there’s always the possibility for bias and under-reporting in these self-reported surveys, since Nielsen’s numbers suggest that mobile video apps aren’t taking away from existing forms of video entertainment, it’s quite possible that users are, instead, finding time for these mobile video apps by spending less time on the regular web.

For small businesses with limited advertising budgets, the findings from this study suggest that targeted ads via mobile video apps may be more effective than running blanket ads on local television channels.  More generally, this study is a reminder of how profound the current changes in our media and advertising distribution systems really are, and suggests that, to stay ahead of the curve, you should be regularly reassessing your advertising program, to ensure that your dollars are being spent where the greatest number of eyeballs can be found.